Jackson Wang is the founder and CEO of e-Radio and has an extensive background with a career that spans the Canadian military where he was an Aerospace Engineering Officer, the private sector as a systems engineer with Litton Guidance and Control Systems where he worked on the U.S. Tomahawk Cruise Missile Program and the public sector with the Ontario Ministry of Transport where he was a Senior Project Manager specializing in Public Private Partnerships.

He is the co-chairman of the US National Radio Systems Committee (NRSC) Digital Radio Broadcasting (DRB) subcommittee, and has authored a number papers and blogs with the customer grid edge committee at the Smart Grid Interop Panel (SGIP), Smart Electric Power Alliance (SEPA) and the Interstate Renewable Energy Council (IREC).

He was also a founding committee chairman of Advanced Traveler Information Systems (ATIS) of the Society of Automotive Engineers (SAE) and past chair of the International Organization for Standardization (ISO) TC/204 WG10.1 subcommittee on advanced traveler services integration.

Jackson is the principal author of numerous US and international patents in the field of broadcast based data-casting. He is a graduate of the Engineering Science Program at the University of Toronto and is a member of the Professional Engineers of Ontario and the Society of Automotive Engineers. 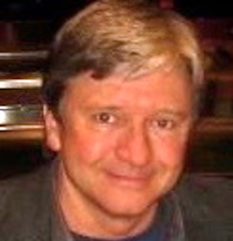 Maurice Nobert is COO and a director of e-Radio. He is a co-founder of e-Radio USA. Maurice was the managing partner of SixthSense Partners, an analytically focused management consulting firm, for 12 years. He founded and managed 3 prior management consulting firms over the last 30 years. He has held positions of CEO and COO on an interim basis at a number of client firms as well as being President and COO at MaxVu, Inc. on a permanent basis. His consulting experience spans all aspects of strategy and operations at a wide range of clients ranging from big three auto, major steel companies, large electronics firms, semiconductor manufacturers, medical industry companies to small regional players and startups.

Prior to starting his first consulting firm Maurice spent several years at Booz Allen and Hamilton (BAH), a global consulting firm, where he served a wide range of large clients across a range of industries.

Prior to joining BAH he spent 8 years at Intel Corp where he managed Product Engineering, IT, Quality/Reliability Engineering and Materials/Planning groups. His last assignment at Intel was the design, build and management of the Greenfield startup of the first successful High Volume, Onshore Semiconductor Assembly/Test facility.

Maurice attended the University of California Santa Cruz on full scholarship in Physics and Mathematics. After graduation he taught Physics and Math as a Peace Corps volunteer in Malaysia.

As a radio broadcaster, Duff Roman worked in several key roles with CHUM Limited. In 1984, he was promoted to Station Manager and directed the repositioning of CHUM-FM as Canada's foremost Adult Rock radio station. In 1988, Duff was appointed Vice President Industry Affairs, CHUM Limited and in 1999, he assumed the added responsibilities of Vice President, Digital Radio Operations. In December 2007, Duff was appointed Head of the CHUM Radio Division, CTV Ltd. prior to joining e-Radio Inc. in 2009 in his present role as Chief Network Officer.

Duff is a past Chairman of the Canadian Association of Broadcasters (CAB). He is past President of Digital Radio Roll-Out Inc. (DRRI) and was Canada’s representative on the WorldDAB (Digital Audio Broadcasting) Steering Committee. He was the CAB representative on the Department of Communications Task Force on the Introduction of Digital Radio where he chaired the Working Group that addressed the development of policy guidelines for the delivery of digital radio auxiliary data services.

In 1986, Duff received the Major Market Radio Executive of the Year Award at the Annual Industry Conference sponsored by The Record. The Ontario Association of Broadcasters (OAB) named him Broadcaster of The Year in March 1996. In October, 2001, he was inducted into the CAB Broadcast Hall of Fame and in March 2006, was one of the first broadcasters inducted into the Canadian Music Industry Hall of Fame. In October 2010, Duff received the OAB Lifetime Achievement Award.

Duff was appointed as a Member of the Order of Canada in 2022 in recognition of his contributions to the Canadian music industry as a broadcaster and executive, and for his steadfast promotion of Canadian talent. 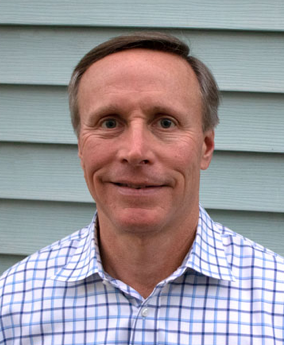 Rick, currently based in Dallas, Texas, is a co-founder of e-Radio USA and serves as a Director. He is currently President of TBC Group, Inc. a financial advisory consulting firm. Rick has over 30 years of senior level executive experience providing financial and operational leadership and consulting advice to companies across a variety of industries. He has served as Chief Financial Officer of 17 companies on a full-time or consulting basis over the past 25 years. Rick currently serves on the Board of Directors and Board of Advisors for several companies and has previously served as a board member for non-profit organizations.

Dan returned to Canada and e-Radio in 2007 to take on the development of a new suite of data-casting software and hardware products. He is currently responsible for the end-to-end e-Radio data-casting system architecture.

Regarding the smart grid, Dan is committed to standards development activities in the CTA, AWHI and IREC. On the automotive side, he has been an SAE member for nearly a decade. During two years abroad starting in 2005, Dan worked as a web and database developer in London, England, gaining valuable skills in internet technologies applicable to scalable cloud-hosted services.

Dan joined e-Radio in 2001 as a junior engineer and has held increasingly greater levels of responsibility in the areas of software, firmware and hardware systems design since. Dan is a graduate of the University of Toronto Engineering Science Program and gained experience in university research on swept-frequency ultrasound applications at the University of Saskatchewan. He also worked in software development in the aerospace industry in Toronto before graduation.